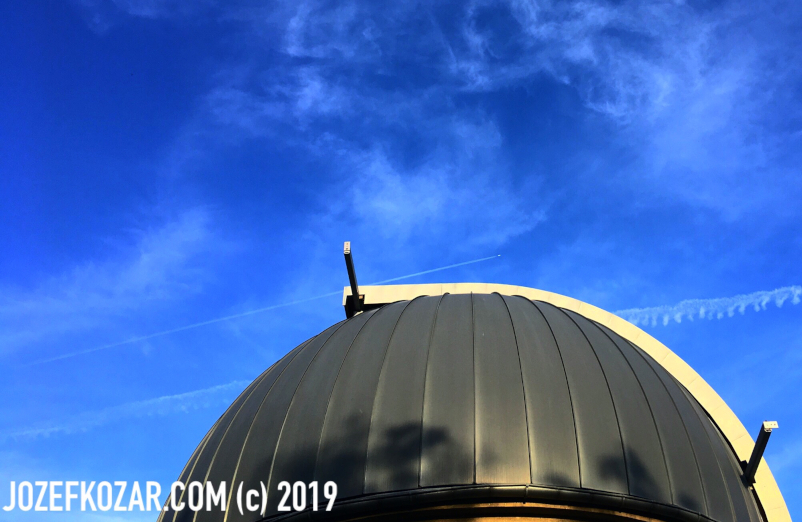 We spent a very nice weekend with Ringo at the observatory. Day of 14 September was really magic!

This time we were not observing the night sky, but we were discovering the nature all around. 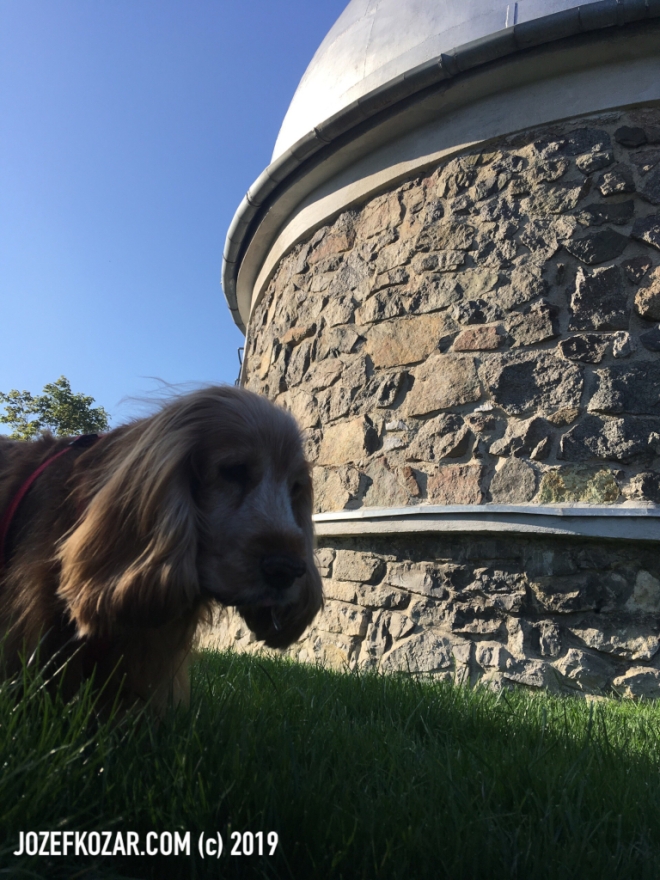 OK we did it, we reached the top of the hill. After this first milestone of our weekend’s “discovery walk” we needed to find some nice place for a short rest and for drinking some coffee and water.

Ringo found the place for a short rest. Here he was posing with my coffee.

Sky was very nice, clear and really blue. But as you can see on the photo above, small clouds started to form. Our plans for a night planet watching and observing the Moon started to be really a matter of weather. Anyway, it was still just a day, so we spent the afternoon with walking and looking for some interesting things around. Especially Ringo, take a look below 🙂

“A one small step for a man, but a big curiosity for Ringo!”

– Really, this was one of the discoveries Ringo was really interested in. Who was there in the past, some astronaut? Alien? Hmmm …

This is the place where the local meridian and parallel are crossed. So why not to take a photo?

In the evening was a time for a sleep. Ringo was tired, but still full with energy and watching what is happening around. Yes, you are right, I took my camera and tried to take a photo of the Moon slowly rising above the horizon. Guess who immediately got up and walked with me to assist me? 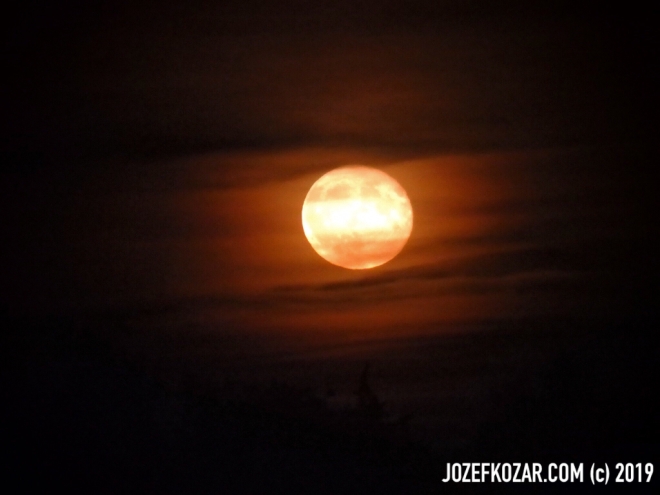 The Moon was covered by clouds. The weather changed and the conditions for planetary astronomy were really not good. So I managed to take some photos of the Moon. At least some “astro-art” photo. Anyway, the night with almost a full Moon we usually call a “brown” night or the sky if a “brown sky”. You can see why. Conditions for a planets watching are not very good during the nights like this, but when the Moon sets, the conditions immediately improve. But as I mentioned before, the weather has always the last word. 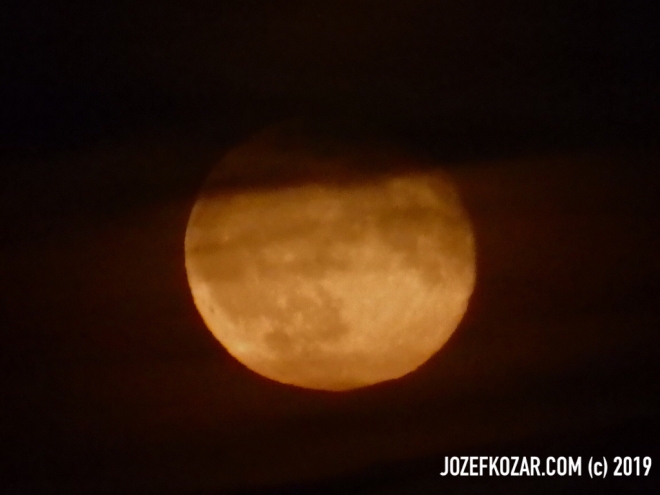 Here is a close up with some zoom. The Moon is “deformed” a little bit on this photo. It is caused by the atmosphere, because the Moon was not very high above the horizon. And planets? Maybe next time!

Dr Jozef Kozár is an interdisciplinary scientist and writer, studying the planets, Solar System and space exploration missions. He is author of five books, many space technology articles in various popular magazines and also a former public speaker and a documentary movies/TV guest. His research of Mars and the "GNSS for Mars" project became well known especially in 2015, when it attracted many local and worldwide media. More information about Jozef, his research and his books: https://www.jozefkozar.com View all posts by Joe